Visibility is still a very contested and polarizing concept regarding politics of representation and discourses on agency. Especially in public debates of the Global North the topos of visibility is ascribed a predominantly positive value and it is discussed as a precondition for political agency and social recognition. It is assumed that, in order to claim specific needs, rights, and interests, subjects (or collectives) suffering from the experience of discrimination and marginalization need to ‘become visible.’

Since the 2000s, however, the relation between visibility and invisibility has been increasingly re-negotiated, leading to a reassessment of their potential for political agency. Thereby, attempts to challenge the positive connotation of visibility could draw on earlier critical approaches of visibility or the gaze (e.g. Arendt 1958, Bleiker 2018, Engel 2002, Mirzoeff 2011, Schaffer 2008, Silverman 1996, Sontag 2003, Spivak 1988). As these approaches have shown, on the one hand, visibility is enmeshed with mechanisms of othering (Fanon 1952, Hall 1997), and on the other, the commodification and marketing of a highly visible otherness (Ha 2005, hooks 1992, Huggan 2001) shows that visual regimes are deeply embedded in capitalist structures. Consequently, concepts of invisibility, imperceptibility, or opacity are experiencing a major revaluation and becoming strategies to challenge normative regimes of representation (e.g. Deleuze/Guattari 1997, Glissant 1990, Papadopoulos/Stephenson/Tsianos 2008).

Following up on these debates, this On_Culture issue will approach questions of in_visibility from a power-analytical and ideology-critical perspective. Avoiding a binary opposition, visibility and invisibility are conceptualized as two mutually entangled concepts. By using the underscore in the orthography (in_visibility), we want to highlight the processual continuum between the two concepts and create a space for ambiguities that put the visibility concept under re-negotiation.

The issue will bring critical analyses of othering processes in visual culture in dialogue with strategies of empowering (self)representations of subjects who experienced discrimination or marginalization. Thereby, we understand othering as socially constructed, context-specific processes of structural discrimination due to categories of difference (such as sex, gender, age, culture, or ethnicity). Othering produces highly selective forms of visibility, and simultaneously makes something or someone else invisible. However, in order to avoid the pitfall of reducing othered subjects to targets of discrimination or marginalization, we are particularly interested in how a seemingly inferior status can be transformed into political agency. Accordingly, we want to investigate how minoritarian politics of in_visibility can undermine hegemonic regimes of representation and challenge the dominant patterns of visibility, assimilation, and intelligibility. Since forms of in_visibilities are dependent on practices of depicting/showing as well as on practices of looking, we aim to include analyses of these practices through which in_visibilitiesare produced.

The issue is open to contributions dealing with representation critique and for discussions of artistic and/or resistant strategies of representation, thereby enabling a dialogue between academia, art and media practice, and activism. Seeking trans- and interdisciplinary exchange, proposals from various disciplines (such as cultural studies, gender studies, history, sociology, literary studies, visual anthropology, media studies, art history and theory, art, and cultural education as well as practical approaches from art practice, [aesthetic-]political activism, and photojournalism) are invited.

Contributions can address, but are not limited to, the following topics:

If you are interested in having a peer-reviewed academic article featured in this issue of On_Culture, please submit an abstract of 300 words with the article title, 5–6 keywords, and a short biographical note to content@on-culture.org (subject line “Abstract Submission Issue 13”) no later than September 15, 2021. You will be notified by September 30, 2021 whether your paper proposal has been accepted. The final date for full paper submissions is January 15, 2022.

Please note: On_Culture also features a section devoted to shorter, creative pieces pertaining to each issue topic. These can be interviews, essays, opinion pieces, reviews of exhibitions, analyses of cultural artifacts and events, photo galleries, videos, works of art… and more! These contributions are uploaded on a rolling basis, also to previous issues. Interested in contributing? Send your ideas to the Editorial Team at any time: content@on-culture.org

On_Culture: The Open Journal for the Study of Culture (ISSN: 2366-4142) is a biannual, peer-reviewed academic e-journal edited by doctoral researchers, postdocs, and professors working at the International Graduate Centre for the Study of Culture (GCSC) at Justus-Liebig-University Giessen. It provides a forum for reflecting on the study of culture. It investigates, problematizes, and develops key concepts and methods in the field by means of a collaborative and collective process. On_Culture is dedicated to fostering such engagements as well as the cultural dynamics at work in thinking about and reflecting on culture.

The journal consists of three sections: peer-reviewed academic _Articles, _Essays, and the aforementioned _Perspectives. On_Culture brings new approaches and emerging topics in the (trans)national study of culture ‘on the line’ and, in so doing, fills the gap____ between ‘on’ and ‘culture.’ There are numerous ways of filling the gap, and a plurality of approaches is something for which the journal strives with each new issue.

Please note: As a commitment to the open access to scholarship, On_Culture does not charge any Article Processing Charges (APCs) for the publication of your contribution. 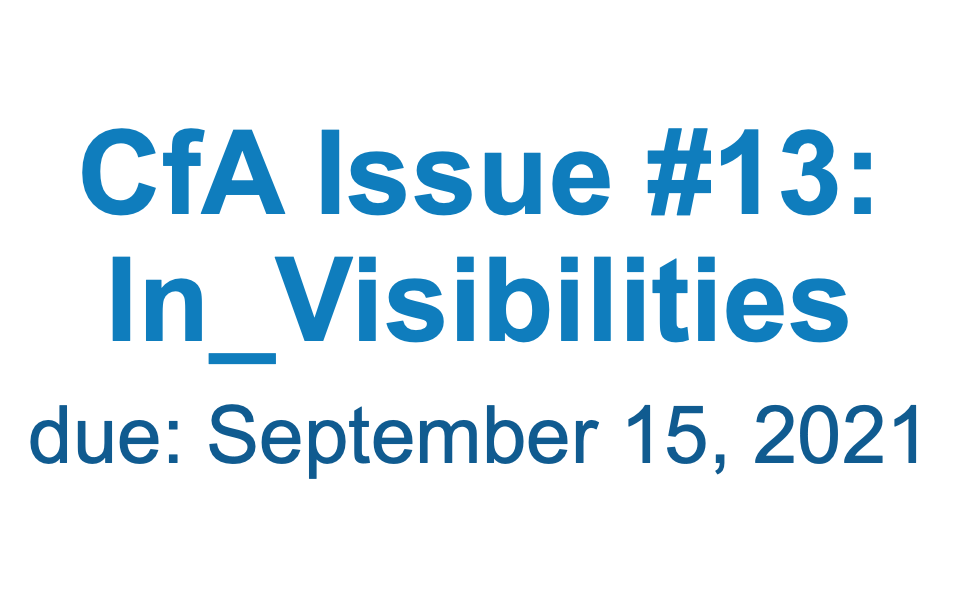