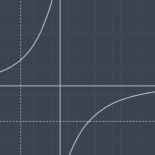 “I Am Trying to Improve the Care of Women, That Is My Goal.”

In its “Berlin Declaration for the Protection of Unborn Life”, the Bundesverband Lebensrecht demanded “love and responsibility instead of abortions.” [1] The confederation is the umbrella organization for several ‘Pro-Life’ groups in Germany which organize every year the ‘March for Life’ in Berlin. But what has love got to do with this? […]

İzeddin Şadan, considered to be among the pioneers of psychoanalysis in Turkey, published a series of essays in 1936 titled “Eros (Aşk) İle Mücadele” [“Strife with Eros (Love)”] in the popular magazine Yeni Adam. He hailed these essays as a landmark in the scientific endeavor to objectively lay out the true nature of love. In them, he described love as “a volatile microbe” constituting sickness with its origins in Christianity; however, by inverted logic, he projected the same sickness onto Islam, in particular Sufism, which he disparaged as homosexual debauchery. This article looks at how Şadan’s pathologizing of Sufi love of beardless boys as sexual perversion is itself a symptom of pathology, pointing towards a fundamental change in the gendered/modernized/Orientalized subject’s relationship with the other and itself.

In 2014, theoretical physicist Stephen Hawking warned about the consequences of an upcoming explosion of artificial intelligence (AI). Soon, he reasoned, electronic technology could exceed human capacities and eliminate human control by programming itself: […]

Ecosexuality and the Legacies of Coloniality in Love and Sex

How much are our practices of love and sex shaped by the logic of coloniality? Why should we ask this question in an attempt to re-imagine human/non-human relations? These rather large questions constitute the main concern of this paper. In what follows, I try to dissect and ‘trouble’ our ideas of love and sex by looking at ecosexuality as a conceptual tool in order to challenge the colonial binary (and hierarchical) logic of nature/culture, human/non-human. […]

Love as a concept has been simultaneously central and marginalized within the humanities and the arts. It has been theorized in various and often contradictory ways, positioned as both oppressive and liberating; on the one hand, serving political and economic agendas and, on the other hand, fostering solidarity within political action. This issue of On_Culture seeks to open up the complexity presented by love and its relevance to cultural discourses within academic debates, social practices, and the political present. […]